As Kyrgyzstan is a mountain country there is a great variety of lakes which are mostly located high in the mountains. During tours in the country it is going to be possible to see the idea of everything being located at heights. So, before starting to travel in the country you are recommended to get to know more about lakes of Kyrgyzstan.

Being in a tour you have an opportunity to travel to the famous lake of the country known as Issyk Kul lake. It is  a pearl of the country and the most visited site in the sight of guests starting their tours. The lake never freezes and you can be convinced about it while you travel in Kyrgyzstan in the winter. The lake is located at the altitude of 1600m above sea level. 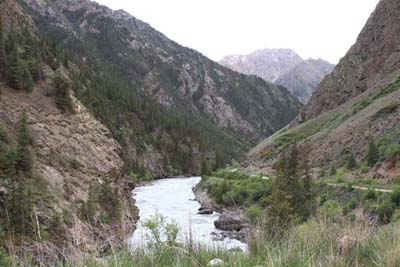 Son Kul is the lake located at the altitude of 3016m above sea level. In case you have decided to travel to it you are better to have warm clothes as at the altitudes it becomes colder and colder even in the summer. The lake is the nice place for tours since June till September as during other periods of time the territory is covered with snow.

Chayr Kul is the lake of the country at the altitude of 3530m above sea level. In the course of a tour which you travel you will see the river to be completely fishless. The Merzbacher lakes are mysterious due to the idea of being appearing and disappearing every summer period. Sary Chelek is the flooded valley. But it can't be visited as the access to a National Park is restricted.