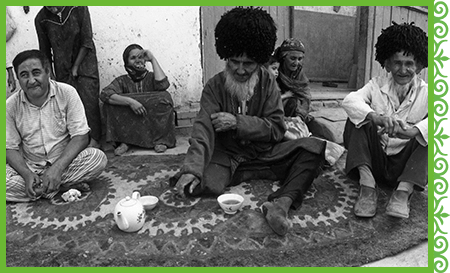 Day 1: Almaty
It is time to explore Silk Road on a tour. Kazakhstan will impress by nature. On arrival you will have a city tour and visit the Green Bazaar! It is one of the best places for oriental shopping. We will visit the oldest Panfilov Park and Zenkov Cathedral as well as the Memorial of Glory and Eternal Flame which are devoted to the memory of the battalions who wrestled for freedom and independence of Kazakhstan. In the afternoon we will travel to the Medeo Gorge. On arrival we will see the biggest mountain skating rink in the world and the dam. Then we will walk to Kok Tobe hill and see the tallest TV tower in the world. On the way we will visit souvenir shops. The day of a tour will be finished by the ride from the top of the hill to the center of the city by the famous Almaty cableway. Transfer to a hotel for rest.

Day 2: Almaty - Charyn - Kegen border - Karakol
In the morning we will drive to the Charyn Canyon. Charyn Canyon is one of the beautiful and natural monuments of Kazakhstan of 12 million years' old which entices explorers from around the world. It will take about 3 hours to extent there. On the route you will have an idea to hear about the history and nature of the region, Kazakh people, and their style of life. When you reach to Charyn Canyon you will relish nature and countryside. Afterwards is transfer to Kegen border.

Day 3: Karakol - Kochkor
In the morning we will drive to Kochkor village. On the way we will visit Jeti Oguz gorge (Seven Bulls) and see its red rocks. Travelers will see the Broken Heart Mountain and take many beautiful photos. Afterwards we will drive to Bokonbaeva village. Here you will meet a local eagle trainer and see an eagle show. The trainer will provide some useful information about birds. On arrival to Kochkor village, night is in a hotel.

Day 4: Kochkor - Son Kul Lake
This tour will start by travelling to the second largest lake in Kyrgyzstan - Son Kul Lake. You will be enthralled by this lake. This astonishing lake is bounded by mountains and considered to be the highest alpine lake in Kyrgyzstan of 3013 meters above sea level. In addition, you may meet Kyrgyz nomads who used to come there in summer days. Upon arrival you will adore the exclusive nature and take lively photos. Overnight is in a yurt.

Day 6: Chon Kemin - Bishkek
In the morning you will have 3 hours of horse riding. Travelers will ride via the mountains and mountain forest in order to see the panorama view of the gorge. We will travel to Bishkek city. Visit the Burana Tower built in the 11th century and used to be the sigh for caravans in the Great Silk Road. See an open air museum of Balbals (stone warriors) dedicated to heroes who died for their Motherland. Transfer to the Kyrgyz capital - Bishkek. Overnight is in a hotel.

Day 7: Bishkek - Ala Archa - Bishkek
Today is a city tour in Bishkek. We will visit the Pobeda Square (Victory Square), Duboviy Park (Oak Park), Central Ala Too Square, Old Square, National Philharmonic and so on. In the afternoon we will drive to Ala Archa gorge. It is 45 km from Bishkek. The Ala Archa gorge is on an outgrowth of the Tien Shan mountain range. You will have a short hiking tour to see a grand panoramic view of the gorge. Afterwards we will return to Bishkek. Overnight is in a hotel.

Day 8: Bishkek - Osh
In the morning you will be transferred the airport for a flight to the city of Osh. In Osh city you will have a city tour and visit the famous place as Suleiman Mountain. Suleiman Too (Solomon's Mountain) is situated in the city center and pilgrimage place for local Muslims because of the legend where biblical prophet Solomon (Suleiman, in the Koran) was buried at the foot of this mountain. We will visit Asian Bazaar and inspire by vibrant colors. Transfer to a hotel.

Day 9: Osh - Kyrgyz-Tajik border Guliston - Khudjand
Today we will drive to Tajik border over mountains. We will pass via Batken region and see apricot trees and unique flower called Aigul. The Tajik driver will meet you and transfer to Khujand city. It is the second largest city of Tajikistan and situated on the Syr Darya River at the entrance of the Fergana Valley. The population of the city is 149,000. It is the capital of the northernmost province of Tajikistan, called Sughd. In the afternoon you will visit Cultural Palace of Khujant where the first president of Tajikistan chosen. See Central Mosque. It is located in the middle of the city. Overnight is in a hotel.

Day 10: Khujand - Penjakent
On this tour we will travel to Penjakent via pass Shahriston (3 378 m) in the morning. The city of Penjakent ("five villages") is situated in Khujand area of Tajikistan near Zeravshan river valley. There are five villages ongoing the history of this extraordinary city which created in the 5th-8th centuries AD. Penjikent in this period of time was one of the most significant cultural and crafts centers of Sogd which retitled to "Central Asian Pompeii". It was revived city with a ruler's palace, two temples, markets, ironic dwelling houses adorned with frequent paintings, wooden and clay statues of ancient gods. Here can be found remains of dwelling houses and office buildings, the citadel with the palace, the house of craftsmen, and fire worshipers' church. Transfer to a hotel for sleep.

Day 11: Penjakent - Jartepo border - Samarkand
Today you will be met at Jartepo border at 10:00 and transfer to Samarkand (45km). Samarkand is found in the valley of the river Zerafshan. Also it is the second largest city of Uzbekistan. Today you will visit Registan square, Shakhi Zindeh, Mausoleum Guri Emir and Bibi Khanum Mosque. Registan Square is an eminent complex of three charming Madrasahs found in the 15-17th centuries. Shakhi Zindeh is famous for rich collection of mausoleums of the 11th-15. It is the UNESCO World Heritage Site. Bibi Khanum Mosque is dedicated to beloved Tamerlane's wife, after his realization tour in India. Overnight is in a hotel.

Day 12: Samarkand - Tashkent
We will transfer to Tashkent is by train. We will visit Independence square as one of the most visited places in Tashkent. We will walk along the main square of the country. It is a symbol of victory over fascism in World War II. Then we will walk along the local Broadway where you can see Amir Timur square. Then drive to the famous Tashkent metro opened in 1977. Afterwards we will visit the old part of the city as Chorsu Bazaar, Kukaldash Madrasah and Hast Imam. The Hast Imam complex has madrasahs, mosques and mausoleum. The significant part of this site is the Othman Quran. In general it is the world's oldest Quran copy of the 8th century. Quran belonged to Othman Ibn Affan, the Third Caliph. Then he was killed in 8th century and blood spred over the Quran book. Overnight is in a hotel.

Day 13: Tashkent - Urgench - Khiva
In the morning you will have a flight to Urgench and then transfer to Khiva. Later on the tour will encourage you by visiting the oldest city of Uzbekistan. It will be inside of Ichan Qala, the inner city in Khiva with robust walls. Visit old sound buildings, palaces, mosques; Madrasahs, Mausoleums, Minarets, Caravan Sarais and Bathhouses made Ichan Qala into unique city-monument. Ichan Qala comprises over 400 traditional dwelling houses and 60 architectural monuments. In 1969 Ichan Qala was selected a historical and architectural conservation area. We will visit the Kunya Ark fortress of the 17th century, found by Muhammad Arang Khan. Then we will visit Kalta Minor minaret and Tash Khouvli palace. Night is in a hotel.

Day 14: Khiva - Bukhara
The tour will start by travelling to the wonderful city of Bukhara. On arrival you will see more than 140 architectural monuments. Bukhara is a "town museum" found in the Middle Ages. This city has narrow streets, green parks and gardens, historical and architectural monuments of different periods. The road from Khiva to Bukhara goes through famous Kizilkum desert. On the route you will see the spectacular view to Amu Darya river. It is painstaking to be the deepest river in Central Asia, formed by the confluence of the Panj and Vakhsh in Tajikistan, flowing into Aral See. Arrival in Bukhara. Night is in a hotel.

Day 15: Bukhara
Today you will have a guided city tour in Bukhara. We will visit an old citadel in Bukhara (4th century) - Citadel Ark. It served several dynasties of Bukhara Empire. We will visit Samanids mausoleum (9th-10th centuries) and then Chashma Ayub. It means Job's well and Bolo Hauz mosque. It is the mosque of forty columns devoted to Bukhara governor Abu Fayud Khan. The tour will be continued to the most famous madrasahs of Bukhara - Nodir Divan Begi. It was also a part of Lyabi House Ensemble. Then you will visit Poi Kalon complex and three structures built in the 12th - 16th centuries as Kalon minaret, Kalon mosque and Mir Arab Madrasah. Rest is in a hotel.

Day 16: Bukhara - Farab border - Mary/Merv
In the morning you will travel to the border with Turkmenistan near Turkmenabad. The local guide will meet you at the Turkmen/Uzbek border and transfer to Turkmenabad city. Afterwards you will have the tour to Mary city. Overnight is in a hotel.

Day 17: Mary - Ashgabat
After breakfast we will travel to Mary city. Visit an Ancient Merv (UNESCO World Heritage Site). It is one of the archaeological sites of Central Asia. Merv is the noteworthy part of Turkmenistan and thru the development of the Silk Road for more than 2 000 years. In XII century, mausoleums of Sultan Sanjar and Muhammed ibn Zeyd recognized the great Seljuk period of brickwork and architectural ornamentation. Then transfer to Ashgabat city. Overnight is in a hotel.

Day 18: Ashgabat - Darwaza
In the morning we will travel to the Gas Crater - Darvaza. It is situated to the North of Ashgabat. In the evening you will have a chance to relish wonderful view of the gas crater. We have no doubt you will like it. Don't miss to take photos. Night is in a tent.

Day 19: Darwaza - Ashgabat
We will drive to Ashgabat City. Visit "Old Nisa" - The Sanctuary of Parhian Kings (UNESCO site) and "Gypjak" Mosque and Mausoleum of the late President of Turkmenistan. Night is in a hotel.

Meals and entrance fees are available with escort guide only. *

Supplement for escort guide in Uzbekistan - 350 $ per group